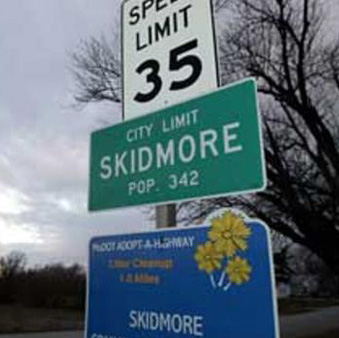 At the December 12 Skidmore City Council meeting, citizens addressed the council with their issues.

New resident, Kim Fetterer, was worried about the fact that the city fire hydrants had not been flushed since December 2017. She also felt she had received a “run-a-round” about the replacement of the tubes in her yard, when she was told by MoDOT it was the city’s responsibility. The council is still under the impression it is MoDOT’s duty and someone will contact MoDOT for more information.

The fire hydrant ordinance has not been changed since the city went with Public Water Supply District for water. The council agreed to review the ordinance and determine how often the hydrants should be flushed.

Kenny Shewey, who is a member of the local fire department, said the fire trucks cannot use suction on the hydrants because it will cause the water main from Maryville to collapse. The firefighters can use the hydrants as a fill point for water to fight fires.

He also said it is hard to get the firefighters and the city together to flush the hydrants.

Another resident was concerned about snow removal on city streets. He wanted the council to post notices to have residents to utilize off-street parking during snowstorms. This will help to clear the streets and prevent possible lawsuits if a grader slides into a parked vehicle. City Clerk Meagan Morrow was going to post the notices on December 13 for the anticipated snowstorm on December 15 to 16.

Resident Robert Manning said he was getting involved with the Skidmore community. He expressed frustration over the number of hoops to jump through to get something simple done. He would like to see the city chip and seal streets twice a year and paint structures. He asked about possible grants.

Alderman Sandy Wright explained the council’s attention had been focused on the Rick Stanton situation and lawsuit since the first of 2019 and even more so since March when Stanton filed the lawsuit against the city. The city sent letters to Stanton giving him until December 17 to move items off city property. The city has a firm lined up to remove the items on December 18 and store in an impound lot for 30 days.

The mayor had reviewed the junk yard ordinance in reference to a violation at 208 North Maple. Discussion followed about several other residences who were out of compliance with the ordinance.

Ordinance No. Election Forego 2019 was read twice and passed by the city council. It will be on the April 2020 ballot and if passed will allow the city to forego elections if the number of people who file are the exact number of positions open in the election.

Morrow has not been able to find a plumber to return calls about plumbing work at city hall. There are also other maintenance problems in the building.

The council will look at the public property ordinance at the January meeting.

The mayor asked the council if there was interest in annexing the former public housing into the city limits, now that it is privately owned. The matter was discussed but no consensus was reached.